Meth Continues as Illegal Drug of Choice in Georgia 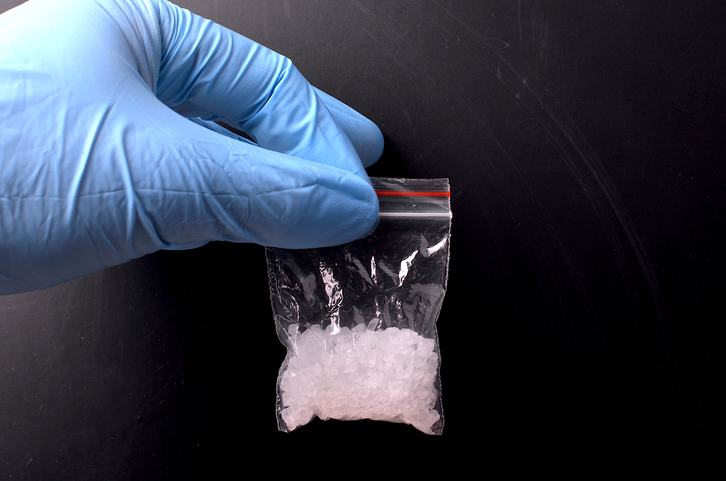 The Georgia Bureau of Investigation (GBI) frequently releases information about drug usage in the state. Its latest report reveals that methamphetamine continues to be the illegal drug of choice overall.

The GBI collects its information by examining drug samples collected during arrests by law enforcement agencies across the state. There are seven GBI labs that test these samples. Methamphetamine and cocaine are the drugs that most frequently are found in the samples, and there is also a significant presence of opioids like oxycodone, heroin and hydrocodone.

Meth has occupied the top spot on the list since 2012. It is a highly addictive and dangerous synthetic drug that’s complicated to manufacture. It is much more common in rural than urban areas because the manufacturing process benefits from a more solitary atmosphere. There are variants of meth that can be legally used in pill or powder form for narcolepsy and blood pressure issues, but illegally it is typically found in crystals, mixed in with other drugs or in various powders or pills.

The state of Georgia is tough on people convicted of meth possession. Potential penalties include prison sentences of two to 15 years, fines of up to $100,000, a mandatory driver’s license suspension, forfeiture of assets involved in the illegal conduct, and other consequences, including non-expungable felony convictions.

The penalties get even more severe when the charge is possession with intent to distribute. In these cases, those convicted face prison sentences of five to 30 years on a first offense. A subsequent offense can net a person 10 to 40 years or life, in addition to other penalties.

If you have been charged with possession of meth in Georgia, contact a knowledgeable drug crime defense attorney at the Law Offices of Melvin S. Nash. Call the firm at 770.422.0878 or contact us online.

What Our Clients Say

What Our Clients Say

I don’t remember if I ever properly thanked you for all you did for me. You have a place in my heart forever. Keep on witnessing, as you did to me, and who knows whose life will be completely turned around as was mine. - L.H

On behalf of my family thank you once again for an excellent defense team, the hard work and dedication, and attention everyone gave towards this case. Thank you for believing in me and standing by me. Our family has our life back - G.C

We needed that! On what could have been a very dreary day, you brought out the sunshine! - C.B

I can’t thank you enough for your sound legal advice. I am happy to tell you all my charges were resolved and I was refunded all of my bail expenses! - C.N

Thank you for everything you’ve done to help our children. Our son joined the Navy is now training with the Navy Seals in California. Our daughter just completed her CNA course. Sometimes it does take a village. We are truly grateful - J.R

Thanks to you, my husband and I are living it up in Cabo San Lucas. This vacation means so much to both of us. It is so beautiful here. Thank you again for your help. - J.S

I know your profession is often the subject of ridicule and the blunt of many jokes. However, today you altered the course of a young man’s life and that of his wife and family. I am proud to have you as my counsel and friend - D.T

Thank you so much for the great job that you did for me. You gave me back my life!! Sincerely and with much thanks - M.S

We will respond to your inquiry in a timely fashion. Thank you.